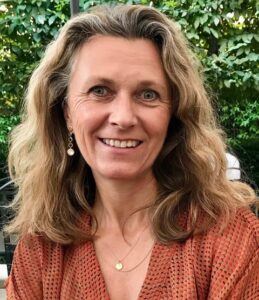 I grew up between two cultures and as an adult I count four countries and cultures as part of who I am. Should you count yourself among those with a multicultural upbringing and life, I offer specific insight and understanding for the issues that might arise as a result of your background. The term Third Culture Kid (*) has evolved to define a growing number of people who grow up between cultures, either as a result of parental choice or as a result of hardship in the parents’ country of origin.

My experience as a volunteer at the Benioff Children’s Hospital in Oakland, California, has also prepared me for working with children and adolescents in a hospital setting. It is the most beautiful experience to see joy spread accross a child’s face despite illness and suffering.

Other activities and practices

I continuously participate in courses, seminars and workshops to increase my knowledge and understanding of the field.

I have actively pursued my own art practice and exhibited the last 16 years. I have had my own art studio since 2006 in the San Francisco area and now in Copenhagen since 2017. I was part of a group of artists who created and opened GearBox Gallery (www.gearboxgallery.com) that opened in Oakland, California in 2015.

Fluent in English, French and Norwegian. I also work well with Danish and Swedish clients.

*Third culture kid (TCK) or third culture individual (TCI) are terms used to refer to children raised in a culture other than their parents’ (or the culture of the country given on the child’s passport, where they are legally considered native) for a significant part of their early development years. (Ruth Useem, 1950’s)